By Mariko Finch
An iconic photograph of Muhammad Ali and The Beatles will be offered for sale in Made in Britain on 17 March in London . Ahead of the sale, we look at the events surrounding this historic meeting, when both the band and the athlete were at the height of their powers.

I n 1964, the word fame had a slightly different connotation to today’s meaning of the word. Celebrity status was not built overnight through infamy, or a fleeting appearance on a reality television show. Stardom was not the result of a cultivated following on social media, it was earned through hard work and the honing of a skill or craft. To achieve the status of ‘icon’, one had to put in the hours, and this was precisely the route taken by four young Liverpudlians, intent on making good music with friends.

It just so happened that the calibre of their song-writing, innovative shaping of melodies and on-and-off-stage chemistry would propel them to the very top of the charts the world over. Perseverance was key: The Beatles played 626 live shows and were rejected from three labels before they signed with EMI in 1962.

Whilst their contribution to popular music is a serious one, the Beatles made sure they had fun along the way, and in Chris Smith's photograph, it is evident that humour played a part in their journey. In 1964 the Beatles were at the pinnacle of their fame; travelling the world and performing for thousands of screaming fans wherever they went. They sold out stadiums, stopped traffic and graced magazine covers, all whilst penning hits such as Hard Day's Night, I Want to Hold Your Hand and She Loves You. 1964 goes down in history as the year the Beatles held the top five positions of the Billboard 100 chart.

“It was all part of being a Beatle, really”

As their star continued to rise, and their image was beamed in to living rooms around the world, Beatle Mania was born. At the height of this frenzy, the band flew to Miami to appear on The Ed Sullivan Show — the most famous and successful television series of the time. The special episode of the show was filmed at the Deauville Hotel, near the 5th Street Gym where the 22-year old boxer Cassius Clay was training for his fight against the ‘unbeatable’ Sonny Liston.

It was arranged for the band to call in to watch the session during a break (they had originally wanted to meet the favourite, Liston), and after some gentle persuasion the band ended up in the ring themselves — to the delight of the assembled crowd of journalists ringside.

One of these was award-winning sport’s photographer Chris Smith, in town to cover the Clay vs Liston bout. This impromptu meeting brought together five extraordinary characters in a series of iconic photographs that capture the humour and playful spirit of the world’s greatest boxer and the world’s greatest rock band. Smith today remains one the world’s most respected figures in documenting sporting greats; responsible for some of the most iconic images of the 20th century. When asked about the meeting, John Lennon remarked: “It was all part of being a Beatle, really.”

To the surprise of many, Clay won the fight against the hotly tipped Liston, and it was soon after this victory that he changed his name to Muhammad Ali, after having converted to Islam in 1961. As Ali’s winning streak gathered pace, he became famous for his witty, confident demeanour in interviews and his camera-ready stance. Full of rhythmic wordplay and sharp-tongued retorts, Ali was as devastating to journalists as he was to opponents.

This photograph is a collision of different worlds, but proof that dedication and determination can place you in extraordinary circumstances. Smith pressed the shutter on a moment in history: Five working class heroes on the world stage. Five icons, in the truest sense of the word. 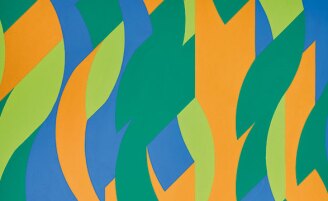